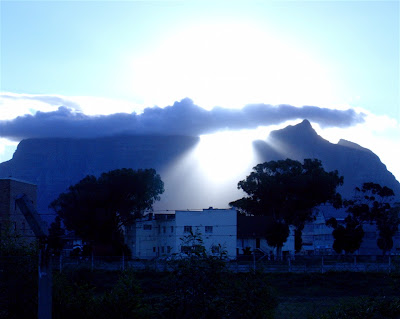 way back in 2003 i had the privilege of spending several months in the beautiful country of south africa. today south africa will be showcased as the first game of the 2010 fifa world cup kicks off. the host country "bafana bafana" will be taking on mexico in the first game.

more skywatch friday as usual, can be found right here.

that is an amazing photo!!!!

Thanks! I have to give credit to one of my fellow SA travelers who took this photo (and a bunch of others) and gave it to me after my camera was stolen.

Oh my, that is a fabulous photo!

Sublime shot. What an experience it must have been to be there.

You know, it really was. We reminisce quite frequently - it was actually where Meredith and I started dating, so it holds a special place in our hearts.

That's a sweet memory mixed with a grand one, then.