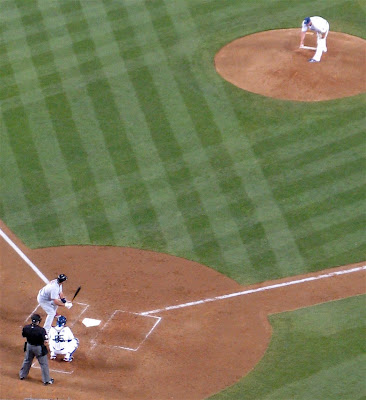 one of the best power hitters in the game faces the dodgers best power pitcher. fortunately for dodger fans, last night the pitcher won the battle, striking out pujols on a check swing (on broxton bobble head night i might add).

the dodgers beat the cardinals 1-0, and moved ahead of the padres for first place in the national league's western division.

oh, and i think there was a basketball game last night. at least i think that's what these people were watching in the dodger stadium concourse... 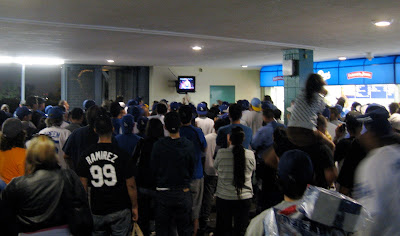 I was offered a friend's firm's seats for the game last night - pretty much right behind home plate. (I sat in them once before and I was on TV for every pitch.) But I had to decline so I could watch the Lakers.

DUDE! If you EVER have to decline for Lakers-related illness - PLEASE PASS THEM ON TO ME!!!